Created in 1904 when the Catawba River was dammed, Lake Wylie has 325 miles of shoreline, stretching from Mecklenburg to Gaston County in North Carolina to York County in South Carolina. Towns near the lake include Belmont, Mount Holly, Tega Cay, Fort Mill and Rock Hill, the Steele Creek area of southwest Charlotte and the unincorporated area of York County called Lake Wylie.

The greater Lake Wylie area has seen tremendous growth over the past few decades as a desirable area to enjoy a tranquil lifestyle close to the lake with easy access to all the amenities of Charlotte.

As the population in the Lake Wylie area has grown, shopping centers have popped up, including RiverGate, Kingsley and Charlotte Premium Outlets.

The Buster Boyd Bridge straddles the state line, connecting southwest Mecklenburg with Lake Wylie. For lakefront dining right by the bridge, head to Papa Doc’s Shore Club, where you can grab a burger or seafood, sip on a cocktail and watch the boats pass by.

During the summer, YMCA Camp Thunderbird attracts kids for overnight camp on the shores of Lake Wylie, where you’ll see them enjoying the great outdoors – skiing, sailing, kayaking, fishing, horseback riding and going down the massive inflatable slide that’s visible from the Buster Boyd Bridge.

Also in both North and South Carolina, Carowinds is an amusement park with dozens of attractions, from kiddie rides to thrilling roller coasters, and a water park that’s open during the warmer months.

Dedicated to Your Home

We are committed to delivering exceptional service and the best quality product to deliver you a home you want to live in forever.

Schedule an appointment with our sales team. 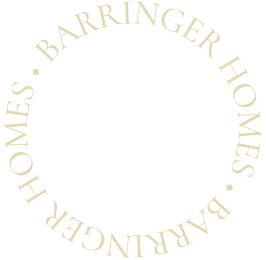 Interested in a Barringer home or community? Or want to know more about our homebuilding and design process? Reach out to us.

We provide quality home craftsmanship, thoughtfully designed for you.